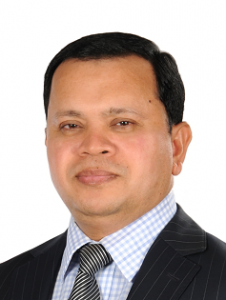 A serial entrepreneur, Dr. Md. Sabur Khan, Chairman of Daffodil International University (DIU) and, Daffodil Education Network (DEN) started his business career in 1990 by an IT startup, naming Daffodil Computers Ltd., the 1st and one of the leading public listed IT companies in Bangladesh. He has involved himself with a lot of challenges while he was the President of Dhaka Chamber of Commerce and Industry (DCCI), the Bangladesh Computer Samity (BCS) and the Member of Prime Minister’s ICT Task Force of the country. Bangladesh government has awarded Dr. Md Sabur Khan, with the status of ‘Commercially Important Person’ (CIP) for his role.

His commitment has attached him as Visiting Professor with a lot of foreign universities. He has been awarded Honorary Professorship, Honorary Doctorate, and Honorary D. Litt from several foreign institutions. He has been conferred with Honorary Fellowship from Said Business School, Oxford University by ABRM for his contribution.

Dr. Md. Sabur Khan elected as the Second Vice President of Association of Universities of Asia and the Pacific (AUAP). World Business Angels Investment Forum (WBAF), the largest Angel investors forum designated him as the High-Commissioner of WBAF for Bangladesh. Dr. Md. Sabur Khan is the Chairman, Global Trade Committee and also Director of World IT & Services
Alliances (WITSA).

Dr. Khan has achieved many awards nationally, and internationally.

He established ‘Daffodil Foundation’ & Daffodil Institute of Social Sciences (DISS) for the well-being of underprivileged people.