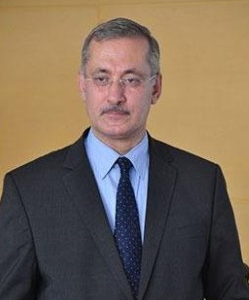 Professor Odeh Al-Jayyousi is the head of Technology and Innovation Management at the Arabian Gulf University in Bahrain. He was the vice president for science and research at the Royal Scientific Society (RSS) in Jordan during 2011-2013. He was the regional director for IUCN – The International Union for Conservation of Nature (Headquarters in Switzerland) – West Asia regional office during 2004-2011. Previously, he was a university professor in water resources and environment during 1994-2004. He was an academic director for M.Sc. Programme in transformational management in UK. He was a consultant with UN ESWCA on Technology for Sustainable Development. He is the author of several books including three recent books; i.e., Islam as sustainable development (2012), UK and Renewable Energy and Knowledge Management, 2015; and Integral Innovation, 2017, Ruteledge, UK. He was the Dean of Scientific Research at Applied Science University, Jordan. A member of UNEP GEO6 Global Advisory Panel; WANA Think Tank, and Arab Thought Forum.